'Deadline for applications is over. The link has been closed.' 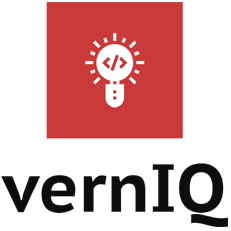 VernIQ makes available a DIY development platform, called Developer Express, that enables people to build and deploy web and mobile applications themselves, with minimum skills and friction, in english and indian vernacular languages.

VernIQ, a Bangalore based technology platform company, is in the forefront of providing DIY technology tools, with a specific focus towards vernacular users. The patent-pending VernIQ technology consists of:

(a) ALFA, the FIRST computer language built entirely in India and for India,
(b) Developer Express, the cloud based developer environment of ALFA, and
(c) Build and Deployment tooling for the built applications on the cloud.

The VernIQ technology has been built over several man-years of engineering, and is being received enthusiastically by developers since its first release in October 2019. The VernIQ technology brings down the time-to-build and cost-to-build of applications to 1/10th of the current cost and time.

Typical applications that can be built using VernIQ’s Developer Express platform using the Alfa language, in english and in vernacular languages are:

VernIQ is committed to provide a solid software technology platform and required support for Incubatee’s to design, prototype, build and test Web and Mobile phone based applications for their ideas and nascent businesses.